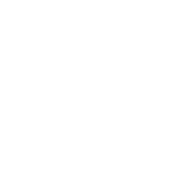 Roberto was born in Bologna (Italy) on July 27th, 1966. Leo for the zodiac and “lion” in life. Sunny and extroverted, outgoing and positive but with a strong temper when it’s needed. Tireless worker with a good sense of team working.

He showed a flair for arts and stage since he was very young. He studied Classic Guitar since he was 5 years old. At the age of 15 he changed passion for more “modern music and lifestyle” becoming a deejay in networks and discotheques until University, when he decided to abandon Economy to attend acting school in order to study diction. It was a breakthrough. What was supposed to be a simple improvement of his approach to the microphone, became a new aim in life: acting in all forms. Not only in front of a mic as a voice-over actor (which is still his core-business) or a camera but also behind as co-author, dubbing director, conductor and event-manager.

Roberto is one of the most popular voices in Italy: regarding tv advertisement and communication he is in the top 50. Wide age range: 30 to 80, broad spectrum of skills, from comedy to drama.

The professional dubbing career starts in 1989.

Famous tv programmes such as Dating in the dark, Games, Adrenalinik, Hell’s Kitchen,  Masterchef, X-Factor USA, Art Race, Art of Survival, Artland on Sky TV,  CD Live on Rai 2, and Dinastie on Rai 5; there are many documentaries and some series on Netflix with his voice.

Voice of the European Commission on the EuroparlTV, and often used for official and social communication for Government and Police.

He works also in accented English with audiobooks and promotional campaign as the latest for the new Alfa Romeo Giulia TI, Furla, Ferrari, Ermenegildo Zegna, Barilla, but also dubbing with some Italian characters in tv/Netflix series such as Into The Night, where he plays one of the protagonists, or in video games such as The Sniper where Roberto is the English voice of an Italian partisan.

In the first period of his career, Roberto was focused on voice acting with few exceptions such as:
“Mauro Mencioni” in the tv series Arriva Cristina (for kids) on Italia 1, directed by F. Vicario (1990) TV
A role in the tv show La Sai L’ultima? on Canale 5 with Gerry Scotti and Natalia Estrada (1997) . TV
“Doctor Guidi” in the tv series-soap opera Cuori Rubati on Rai 2 (2002). TV
Stable actor of a “Nohma”, a modern Theatre company under the direction of Teresa Pomodoro. From 2002 to 2007 on stage with several shows. STAGE
“The lawyer Mellace” in Cento Vetrine tv series-soap opera, on Canale 5 (2006). TV
“Gennaro” the protagonist of the short movie Giri Giro Tondo by A. Spiliotopoulos awarded in Patras (2006). FILM
“The taxi driver”: co-protagonist in the short Leave/Live Milan in 3 minutes, by A. Spiliotopoulos, winning a prize as best movie at “Arese in Corto FIlm Festival”. FILM
In 2008 on stage in “N€uro” with Sergio Sgrilli. STAGE
In 2008 the “agency director” in the short movie L’Intermediario directed by Marco Fabiano. FILM
In 2008 the “dad” in the short movie Egreio Presidente direcetd by Enrico Vanni. FILM
“The lawyer Di Donatella” again on tv with Cento Vetrine (Canale 5), (2009-11). TV
From 2009 member of the Milanese Gost Theatre company, on stage up to December 2019 with some comedies (The surprises of a divorce / Funny Money). STAGE
In 2016 at Theatro Technis in London with an Italian Comedy “My Son’s Husband. written by Daniele Falleri STAGE

From 1997 to 2006 scripts and music for tv campaigns and a famous “jingle” for the Collistar beauty brand.

Thanks to his ability in communication Roberto has been asked to create and/or introduce company events and shows, the most relevant ones were:

2003 – Canon for Pixma launch, with shows all over Italy;

2005 – In Prague the annual meeting of Atlantic;

2006 – Events Tecnogas – Ardo, in Reggio Emilia, for an international clientele.

2007 – ViaMichelin, a tour to introduce their gps navigators;

2007 – Tom Tom, leading the shows in 4 evenings in Milan and Rome for the debut of a new navigators line;

2008 – With Canon, with a training aim, Roberto leads some special “games” all focused on photography;

2009 – Writing and introducing the TG live at the Saipem Annual Meeting 2009 in english;

2010 – Swiss & Global charges Roberto with writing and shooting an internet based communication for new financial products;

2011 – The Joint Researce Center (JRC) of the European Commision asks Roberto to write and lead the 10 years anniversary of the Institute for the Protection and Security of the Citizen Foundation (IPSC);

2013 – Writing and leading the team building activity for the Annual Meeting of Aggreko, at Maggiore Lake (Italy).

2013 – At the Photoshow 2013 Exhibition in Milan, Roberto supports the Canon product managers on stage to increase the interest of the public attending the shows.

2020 – An important Italian brand of bespoke and extremely luxurious furniture, Provasi, chose Roberto for the live presentation of their new innovative online platform.

He studied Acting in Bologna until 1989 and then he built his experience on the field and thanks to some dedicated courses.

Roberto speaks a perfect Italian, with “diction” and no accents. English fluent and sufficient French.

He rode race motorbikes, he is licensed for blue water sailing, he wrote for tourism and show newspaper, he can ski very well.